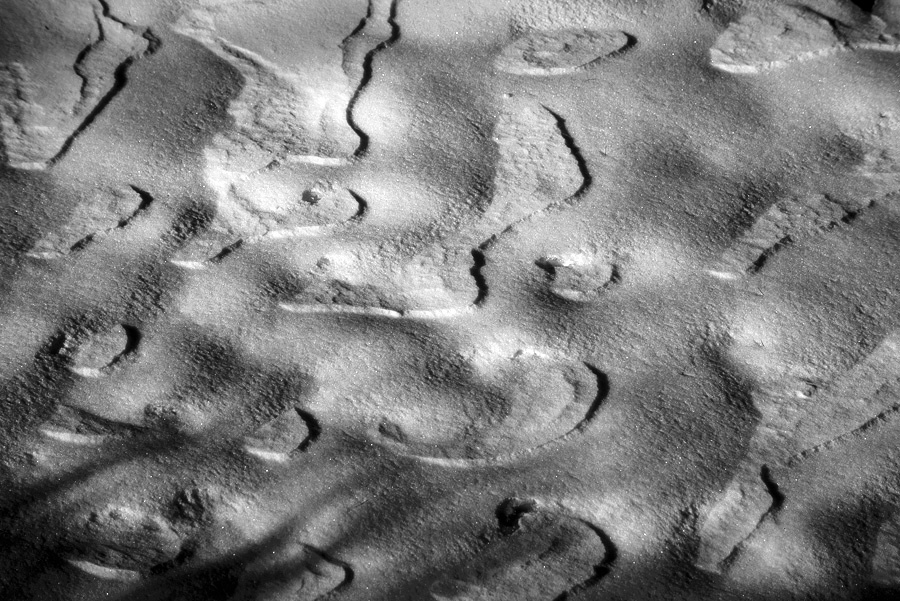 Bone-chilling cold, then mild Spring-like then bone-chilling cold…but not enough snow to make it seem like it’s already mid-January. That’s been the story of our winter so far.

And unless you’re a plow truck driver there a lot of people see certain benefits to the lack of white stuff on the ground – certainly cold enough for the ski areas to make plenty of snow.

Looked out the office window this morning and was struck by the wind swept patterns in the couple of inches of snow we do have on the ground – still haven’t bought that macro lens I keep promising myself so I shot from 30 feet up with a long lens…came out kinda interesting.

Would love to hear what you think! 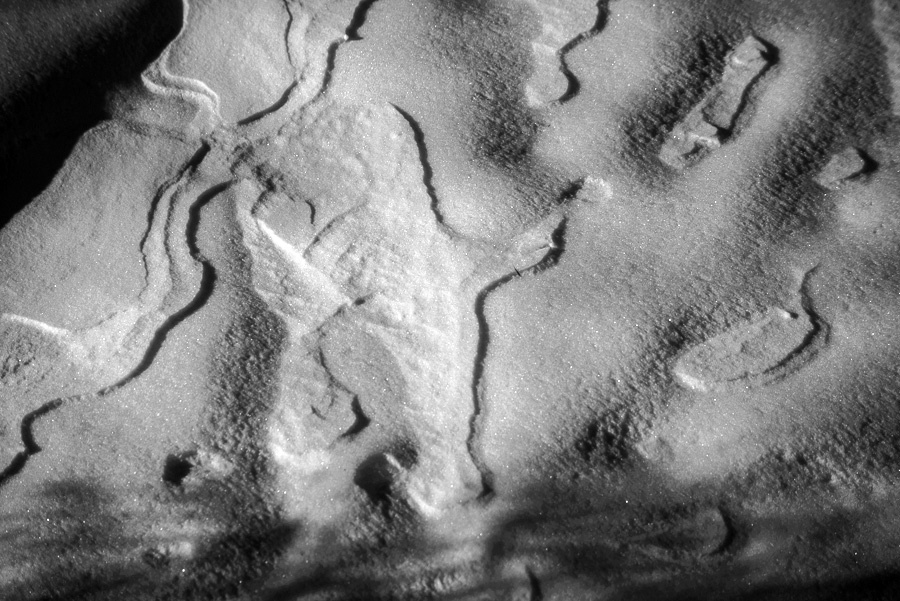 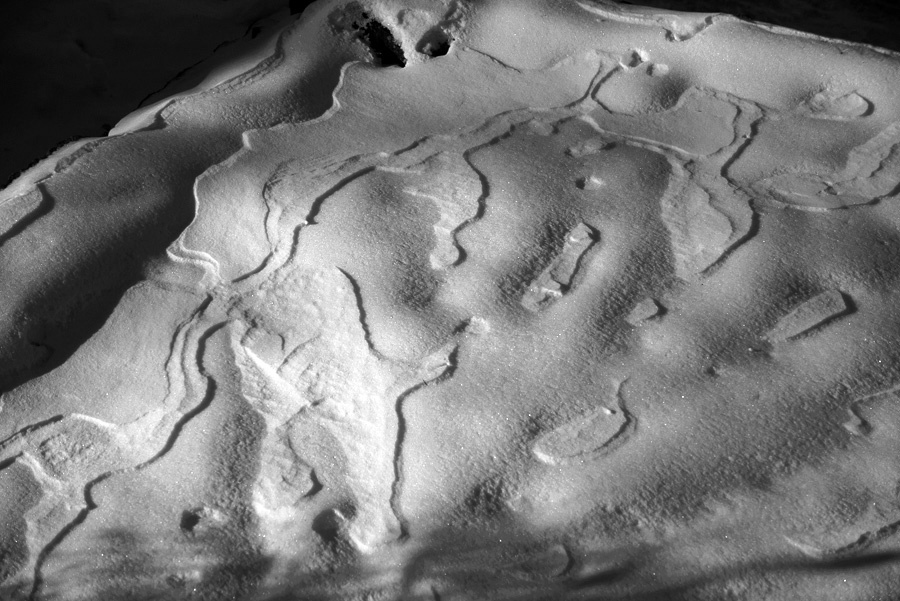 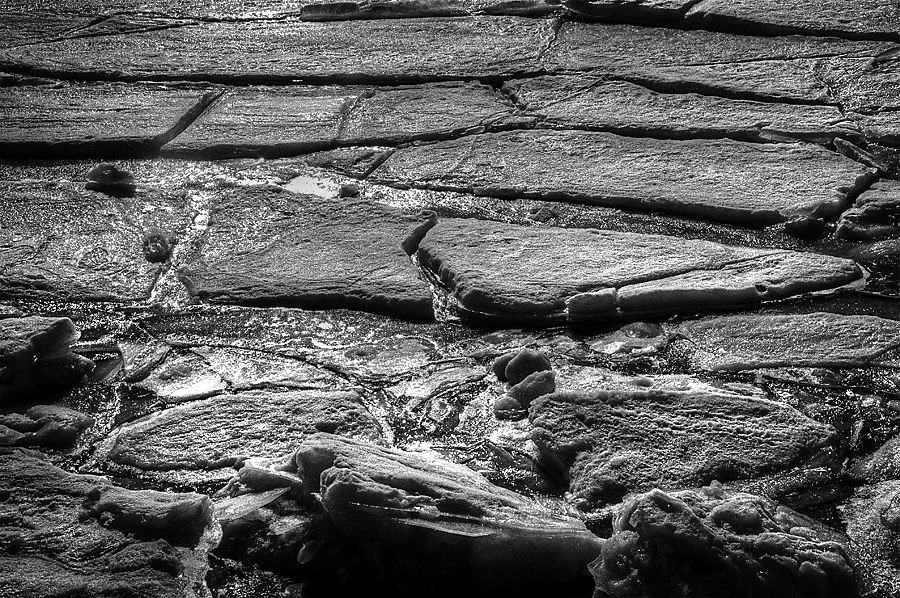 Winter just won’t let go this year – it’s March 24 and the temperature is supposed to be down in the single digits again tonight. Damn cold walking the dog this morning, bundled up like a Siberian refuge and wishing the dog would hurry up!

Went to Heron Point this afternoon with the dog, thinking I could walk carefully and do some photos in the woods. Fat chance – the path was shear ice, way too slippery for a pair of newly replaced knees. One slip and it’s down the bank into the river.

Gave up on accessing the woods, but was able to get a path to the river with its glorious ice. The Lamprey River is tidal, so there’s a constant push and pull on the ice floes, and what little warm weather we’ve had hasn’t served to melt much. The result, ice shoved up against ice. Wondering what it looked like before I was able to get back out into nature.

Did manage a few photos – and will probably get back again before ice-out. 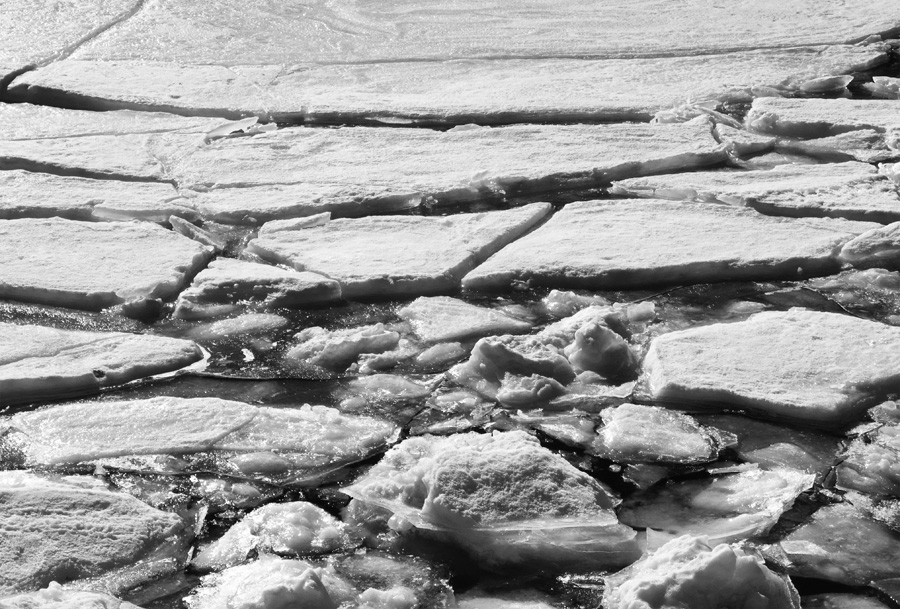 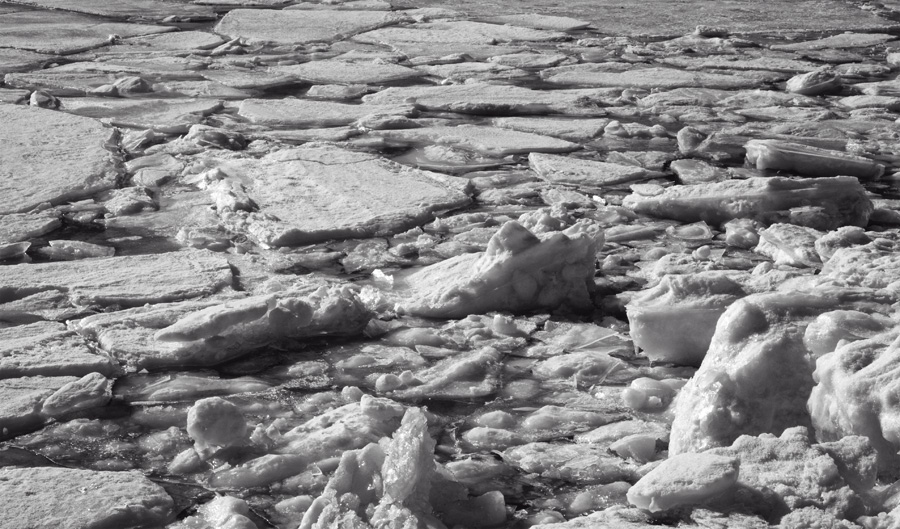 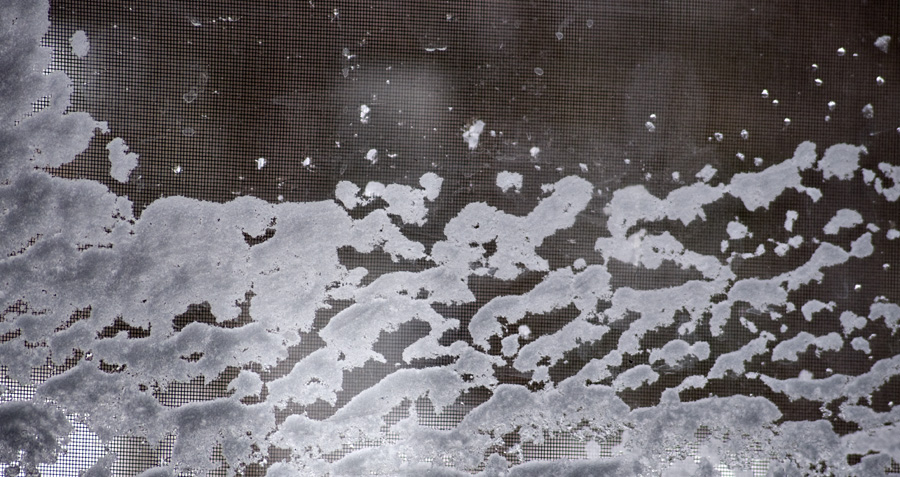 It’s like an old fashioned New England winter! A blizzard a week ago dropped 2 plus feet and today the 4 inches of new snow are being piled into 18 inch drifts as the wind howls and howls. It’s kinda nice!

So there’s this photographer – Jackson Carson – in Colorado. I’ve never met him but one of my co-teachers, Hannah Pasquale is the connection. She suggested I check out his work ( you can do the same at www.JxnPx.com ). He does these remarkable detail and closeups – transforming the everyday into abstractions that befuddle the imagination. END_OF_DOCUMENT_TOKEN_TO_BE_REPLACED 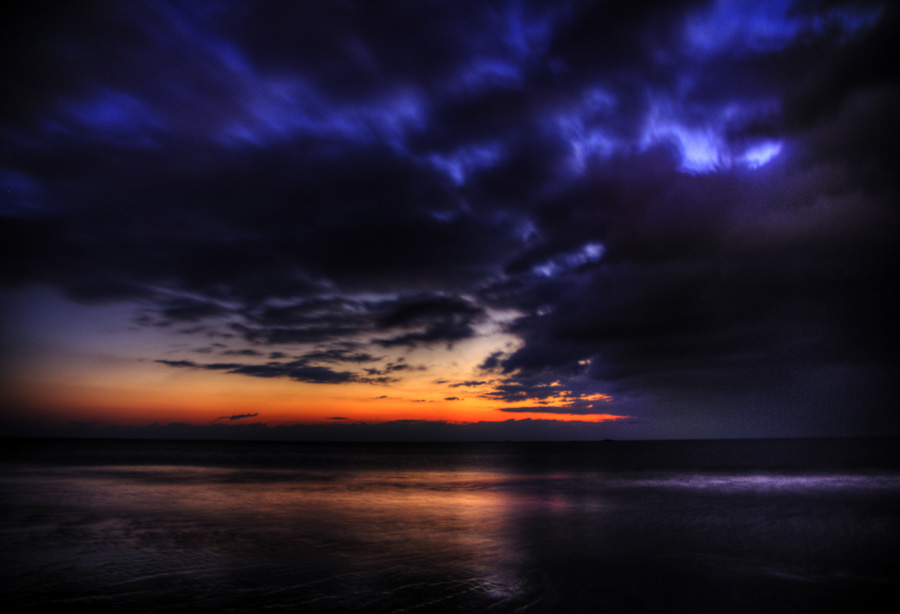 Decided that since the beach is a favorite for me, it was the place to start 2013. Up at 4:30am, out the door by 5, coffee steaming and a thermos full for warmth later. At the beach and on the sand before 5:30 – more than hour to kill before false dawn, wind blowing and guess what…it’s not exactly balmy out!

Doesn’t matter, the air is crisp and clean, just what I need for a start to a year. END_OF_DOCUMENT_TOKEN_TO_BE_REPLACED

Crazy light this last day of the year – at 6:45am it’s still dark with a foggy overcast. Heading out with the dog for his morning run, grabbed a camera knowing the light was too cool to pass up.

Fog is ever present on the trail – slow, slow shutter speeds but still shooting wide open, my favorite combination for shooting. Old and familiar all look different in this light, a light that happens rarely – even more rare to be in a spot to work with it. END_OF_DOCUMENT_TOKEN_TO_BE_REPLACED

I’ve spent a few mornings recently standing in snow, wind, and sub-freezing temperatures shooting activities at the Amesbury Sports Park . It’s hard to hide the fact that it was pure fun, so why try to hide the fact. The facility has always been known for its great tubing runs and lifts, but this year they added a new lift – it’s not unlike a moving sidewalk at an airport – and a junkyard terrain park. END_OF_DOCUMENT_TOKEN_TO_BE_REPLACED

As my adjunct tenure at McIntosh College comes to a close ( for those unaware, the parent corporation is closing the school) I am so incredibly lucky to have as my final group a crew of highly motivated and talented photographers to work with. Talk about getting to go out on a high! Last night I asked one of them – Rachel Swain – to shoot a new photo of me for my soon-to-be unveiled redesigned website. END_OF_DOCUMENT_TOKEN_TO_BE_REPLACED

Took a walk today with my wife – out on  snowmobile trail so the dog could have a run and we could get some fresh air after spending most of the day in the basement trying to make some progress in the madness of the chaos.